Ram Janmabhoomi, One of the Core Agenda and the issue which raised the Ruling Bharatiya Janata Party (BJP) in the initial years after it’s establishment will be finally fulfilled with the beginning of the Construction of Ram Mandir.

The Shri Ram Janmabhoomi Teerth Kshetra Trust during a meeting has decided that the proposed Ram temple here in Uttar Pradesh would have a height of 161 feet along with five domes. 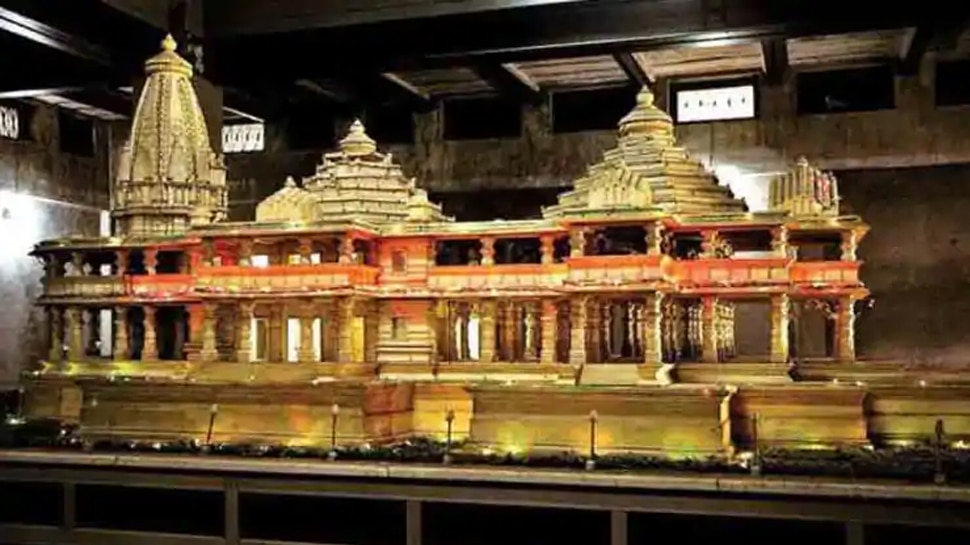 The president of the trust, Mahant Nritya Gopal Das, presided over the meeting here on Saturday. All members of the trust were present in this meeting that continued for over 2 hours and all the points regarding the construction of the temple were discussed. Speaking to the media, the trust’s Chief Secretary Champat Rai said that 10 crore families across 4 lakh localities of the country will be contacted for fund collection. Moreover, he added that Larsen & Toubro (L&T) which will construct the temple will use Sompura Marbles’s wares. L&T, which has already prepared the building’s drawings has started collecting soil samples to begin foundation work.

As per the tentative design, the temple is set to be constructed over two floors – spanning 161ft in length, 140ft in width, and 128 ft in height, comprising of 5 domes.

Kameshwar Chaupal, a member of the Ram Janmabhoomi Teerth Kshetra Trust, said: “Ram Temple will be 161 feet high and now five domes will be built instead of three.” Chaupal said that for the construction of Ram temple, a proposal has been sent to the Prime Minister’s Office for Bhoomi Pujan.

The Ram Janmabhoomi Teerth Kshetra Trust had requested PM Narendra Modi to do Bhoomi Pujan for the temple in Ayodhya on August 3 or 5. Prime Minister’s Office (PMO) has finalised the date of 5th August for the Foundation laying Ceremony. PM Modi will visit Ayodhya on 5th August and perform Bhoomi Pujan to start the construction of Ram Temple. VHP chief Ashok Singhal had entrusted renowned architect Chandrakant Sompura to design the Ram temple.

It would take around 3 and a half years to complete the construction of the temple as construction work has been delayed due to the coronavirus-triggered lockdown. The first date that was decided for bhoomi poojan at Aayodhya got cancelled because of corona pandemic. The BJP government will definitely try to compile up this project before 2024.

The final judgement in the Ayodhya dispute was declared by the Supreme Court of India on 9 November 2019. The Supreme Court of India ordered the disputed land (2.77 acres) to be handed over to a trust (to be created by Government of India) to build the Ram Janmabhoomi temple. The court also ordered the government to give an alternate 5 acres of land in another place to the Sunni Waqf Board for the purpose of building a mosque. A long wait for Ram Mandir finally got closed after getting supreme court verdict. The matter had started way back in 1858 and was one of the most oldest dispute of India.

Also Read -   Gujarat Elections 2017: All you need to know about it

Notably, Last year on 5th of august Article 370 was abrogated, and this year it’s going to be Bhoomi Poojan at Ayodhya.

READ| What Steps are being taken by Modi Government to Boost the Indian Economy ?