Evincing The Truth Of Veer Savarkar 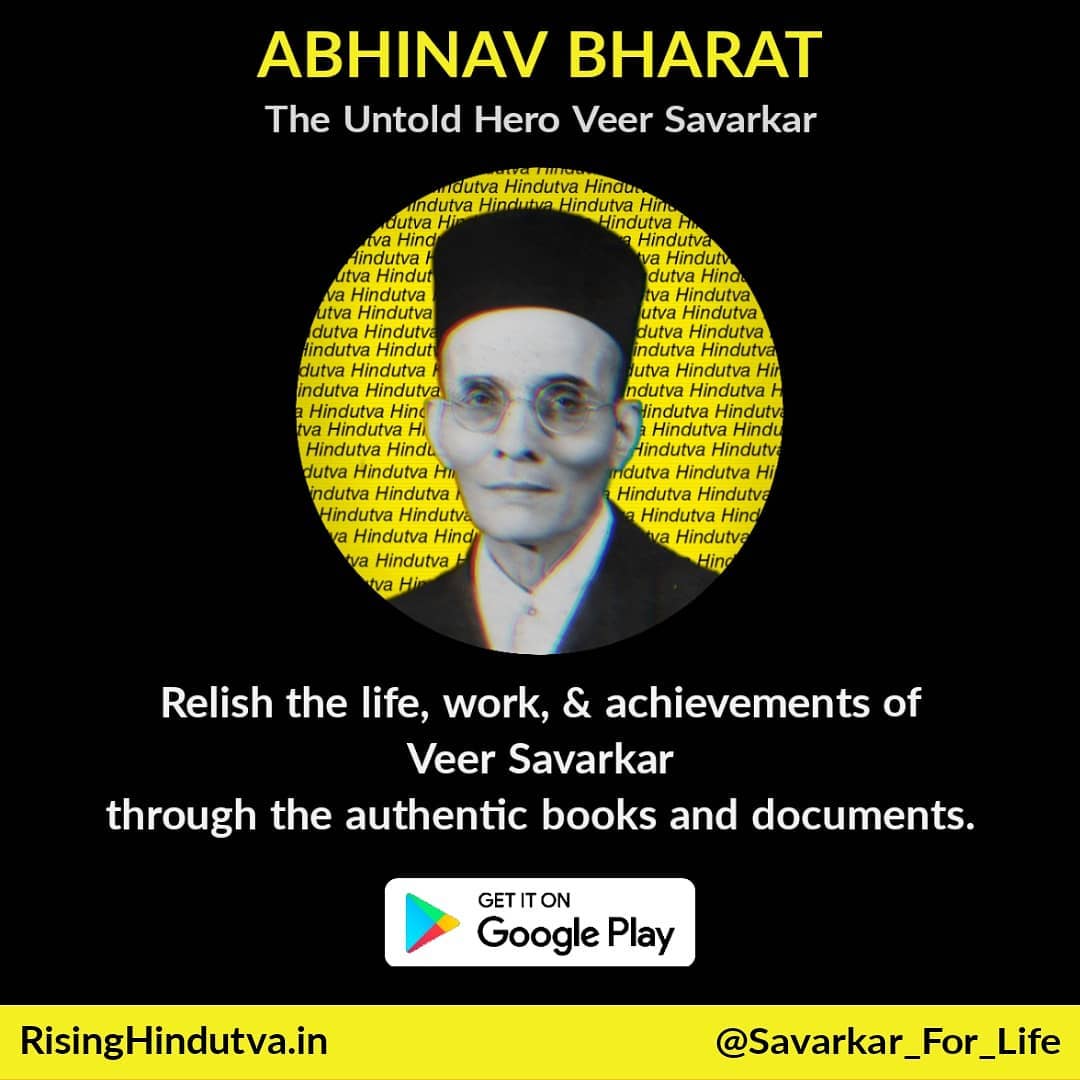 Many heroes participated in the struggle of freedom of India. We know many of them at present time and has forgotten many. Among all those freedom fighters, there was a hero who fought till his last breath and still, got labelled as a traitor. But nothing could be further from the truth.

Veer Savarkar aka Vinayak Savarkar, as per his name suggests, was one of the bravest patriots who fought for the country, sacrificed himself completely for the freedom of his motherland and the people of the country.

Veer Savarkar ji was born in Nashik on 28th, may, 1883. He lost his parents at an early age. Influenced by his elder brother Ganesh, he become a revolutionary person from his teenage. Later, he got engaged in revolutionary activities. He was inspired by leaders like Lala Lajpat Rai, Bal Gangadhar Tilak and Bipin Chandra Pal.

Later, after completing his Bachelor’s degree, he went to England to study law. There, with his fellow Indian students, he formed an organisation called ‘Free India Society’ to fight against Britishers. He started making strategy and tactics of guerrilla warfare along with manual bombs with his fellows.

During his student life, he wrote a book titled “The History of the War of Indian independence”, which gained popularity in many countries but later, got banned by the Britishers.

In 1909, his elder brother organised a protest against ‘Indian Council Act 1909” for which Veer Savarkar ji was arrested in 1910 as British police claimed that Veer Savarkar ji has plotted the crime.

He was sentenced a 50 years imprisonment and was taken to Bombay and later, to Andaman and Nicobar Island in cellular jail, commonly referred as “Kala Paani” in 1911. Though he was tortured badly there, he never let his spirit of freedom down.

After many ups and downs, tortures, misinterpretations, false claims, he gave up his life in 1966 and attained Samadhi.

He wrote many books and poetry during his lifetime.

In 2016, Congress’ twitter handle labelled him as a traitor due to a misleading but widespread notion that Veer Savarkar ji had “begged for mercy” from the British Government, which is being used as a topic of debate since decades by the political parties and their supporters on various platforms such as electronic media, social media etc. and this blame game seems not to be end soon!

Veer Savarkar ji wrote in “My Transportation for Life”: “Release us, I said, equip India with colonial self-government, and win the loyalty and love of her people. That would assure to government all the co-operation that it needed from the people in the present crisis. Let it not miss that splendid opportunity. In case the Government suspected, I wrote in conclusion, my motive in writing the letter, I offered to do without any release for myself personally. Let them release all the political prisoners in the country leaving me alone in my own cell in the Andamans. I shall rejoice in their freedom as if it was my own.”

So, to end this notion, this controversy, a group of youths with name “Team Aryavart Developers” have made an app called “Abhinav Bharat”. You can download this app to learn all about Veer Savarkar ji, how he protested, how he was imprisoned and what happened in the jail.

All your misconception about Veer Savarkar ji will be cleared by reading about him in the app.