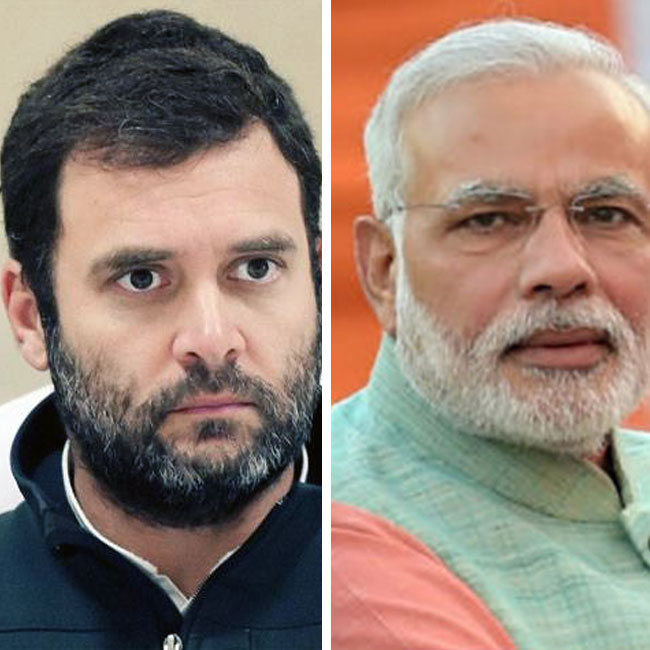 Narendra Modi and Rahul Gandhi need no introduction. While one is the charismatic Prime Minister of our country, other is the president of India’s oldest political party and a direct rival to the former. They have occupied the political space of India for the most part of the last decade now. They are different in every sense- ideologies, age, political prowess, journey to their respective thrones etc. However, one topic in Indian media is common to both- constant questions surrounding their educational qualifications.
The Educational qualifications of Rahul Gandhi and more importantly of Narendra Modi are always in news. While their political activities are for everyone to see, their academic careers have their own interesting stories.

Rahul Gandhi was born on 19 June 1970, when his grandmother Indira Gandhi was the then Prime Minister of India. 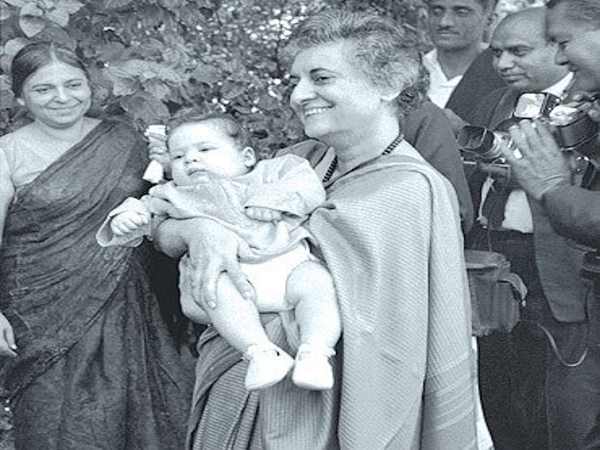 He was enrolled in Modern School, New Delhi where he studied alongside his sister Priyanka Gandhi. Indira Gandhi always took a keen interest in the siblings’ education. After Modern School, Rahul Gandhi education took place for a short period of time in St. Columbia School. From 1981-83, he studied at The Doon School, Dehradun, where his father, Rajiv Gandhi, had also been a student. After Indira Gandhi’s assassination, Rahul and his sister were homeschooled, till 1989, for security reasons. 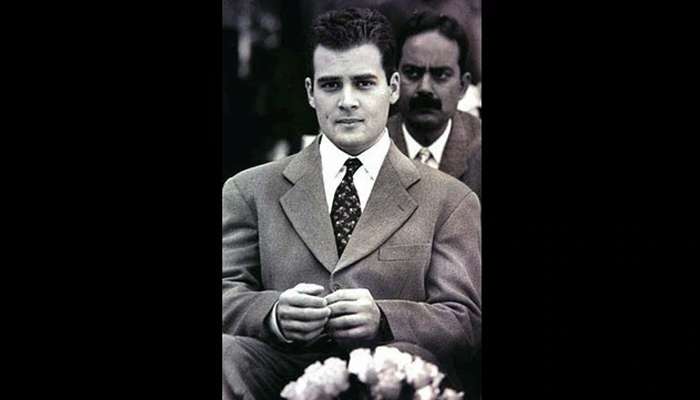 In 1989, he began his graduation in Delhi’s St. Stephens College, through sports quota. He had a knack for rifle shooting that helped him secure his admission. He studied History Honours for one year before he left for Harvard University, the United States to study Economics. However, he left Harvard in 1991 on account of Rajiv Gandhi’s assassination. 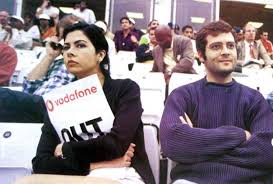 In the same year, he joined Rollins College, Florida. Rahul completed his Bachelor of Arts in 1994. An interesting factoid of his time abroad is that he studied under the name of Raul Vinci. This was due to the immense security threats faced by the Gandhi Family and his real identity was known only to a select few. 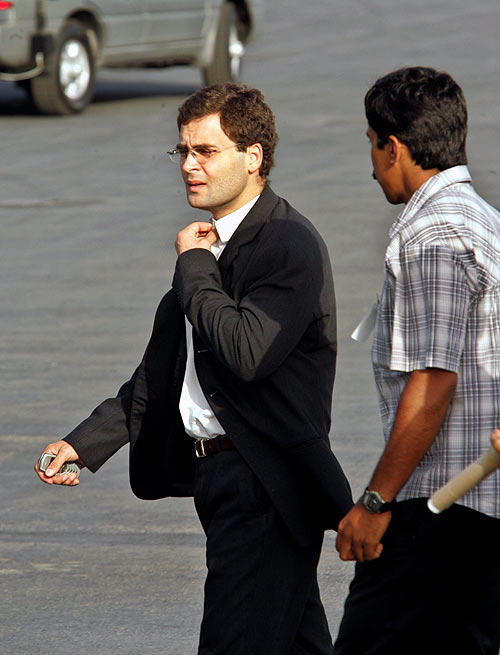 He then moved to the UK to complete his M.Phil in Developmental studies from Trinity College, Cambridge University. His father, Rajiv Gandhi and great-grandfather, Jawaharlal Nehru had also been alumni of this University. His education was completed in 1995 and he stayed in London after that for a few years. Over there, Rahul Gandhi worked as a consultant in a management consultancy firm. He served in this organization, Monitor Group, founded by Michael Porter, for a period of 3 years. After that, he decided to move back to his country, India. He initially moved to Mumbai where he served as a chairperson of an outsourcing firm Backops PVT Ltd. He announced himself on the political scene of the country with an empathetic victory of Gandhi bastion Amethi in 2004.

Rahul Gandhi repeated this feat again in the 2009 assembly elections. 10 years later, he now leads the Congress charge against BJP and is the probable PM candidate for 2019 elections.

Narendra Damodardas Modi was born in Vadnagar, Gujarat on 17 September 1950. He was third of the six children of Damodardas Mulchand Modi and Heeraben Modi. The  young boy grew up helping his father sell tea at Vadnagar station and later he himself ran a tea stall with his brother. He did his formal schooling from a government school in Vadnagar. 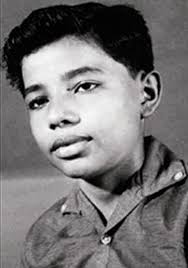 Narendra Modi wasn’t as academically inclined as one is expected to be but he was an exceptional debater. He was also interested in Drama. He preferred playing larger-than-life characters in school plays. At the age of 17, he left his home, after rejecting an arranged marriage to Jashodaben. He travelled across Northern and North-Eastern parts of India as well as some South Indian Ashrams. 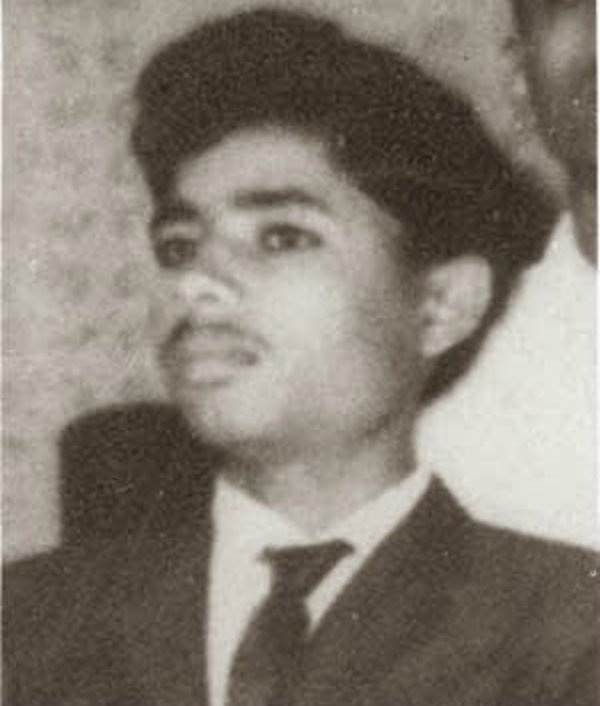 In 1970 he came to Vadnagar where he renewed his association with the RSS; which he joined as a ‘balswayamsevak’ (junior cadet) at the age of 8. In a short time, he moved to Ahmedabad where he worked in his Uncle’s canteen. After the 1971 war, he enrolled as a full time ‘pracharak’ (campaigner) for RSS.
He was appointed as a general secretary of ‘Gujarat Lok Sangharsh Committee’, an organization backed by RSS to oppose the Emergency in 1975. Modi and his colleagues went in hiding during this period and this marked the beginning of his political career. It was during this period that he was asked by his seniors to complete his education. So, in 1978 Modi received a Bachelor of Arts degree in Political Science from School of Open Learning at the University of Delhi. He graduated with third class. 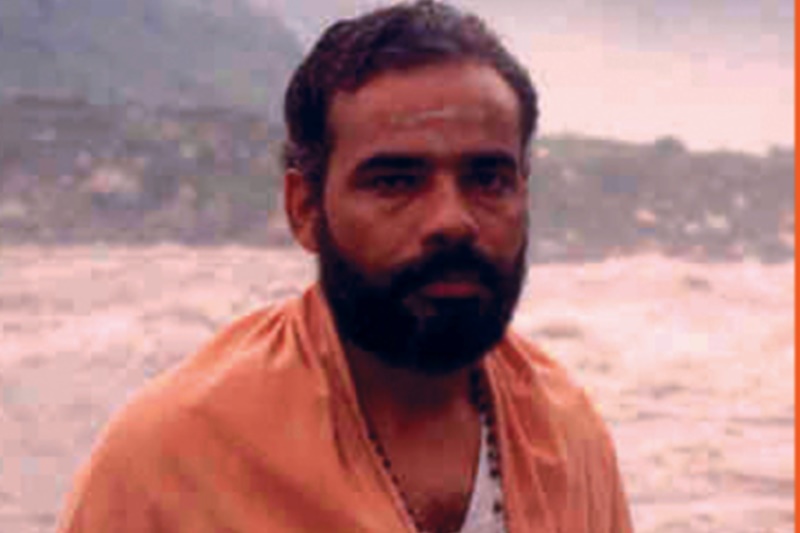 Modi rose among ranks in RSS and eventually moved to BJP while simultaneously completing his Masters. He received his Post Graduate degree from Gujarat University in 1983 as an External Distance Learning Student. He scored 499/800 and passed with first class. 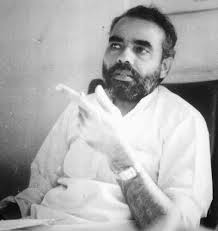 Much has been made of the current PM’s educational qualifications. Questions have been raised over whether his claims are true or are he even educated at all! AAP supremo Arvind Kejriwal, in particular, has been overt in seeking PM’s education details. After an exchange of words, letters and RTIs, PM’s Modi degree was released by Gujarat University. BJP leaders Amit Shah and Arun Jaitley also held a press conference in 2016 showing Modi’s educational degrees.
Some RTIs are still pending with courts regarding the veracity of his DU’s degree and claims. One thing is sure that this controversy isn’t going to end soon. Regardless, PM Modi moves on unhindered.

If Indian Politics has taught us one thing, it’s that educational qualifications of a leader hardly matter. All that matters is their vision for this country and how they intend to make a difference in our political landscape. For better or worse.