Six months after amending the Special Protection Group (SPG) act, the Union Government on Wednesday issued an order asking Congress general secretary Priyanka Gandhi Vadra to vacate the bungalow allocated to her in Lutyens Bungalow Zone (LBZ). Congress leader Priyanka Gandhi Vadra has been asked to vacate her government bungalow in Delhi by August 1. A government notice said her allotment stands cancelled from today and she owes Rs 3.46 lakh in dues.

Shortly after the notice, she also made an online payment to ensure that her dues were all paid, according to sources. 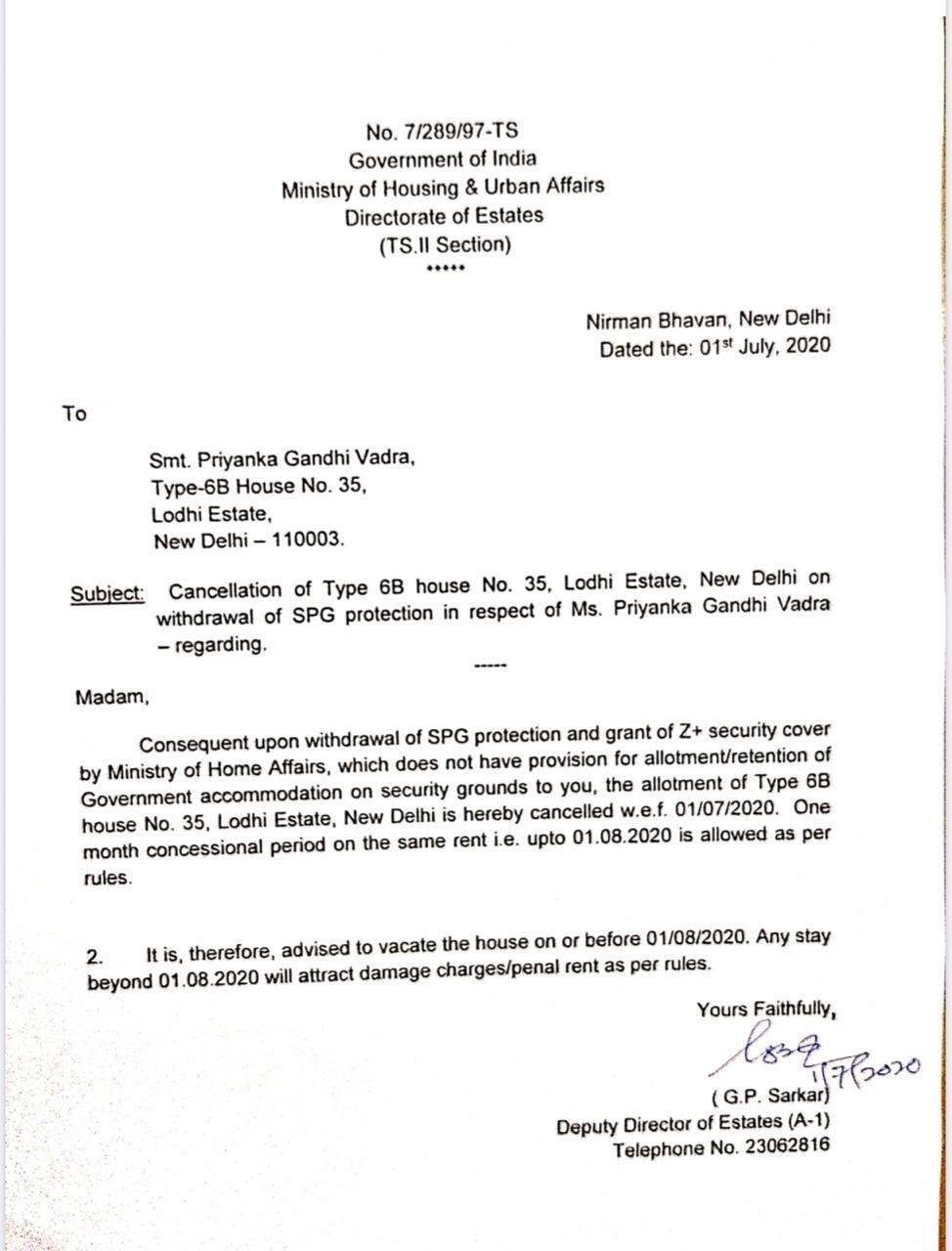 In the notice, the Ministry of Housing and Urban Affairs said Priyanka Gandhi must exit bungalow 35 on Lodhi Estate allotted to her in 1997 as she no longer has Special Protection Group security. She is not entitled to a bungalow, said officials, unless the home ministry
makes an exception on grounds of security.

“Consequent upon withdrawal of SPG protection and grant of Z+ security cover by Ministry of Home Affairs, which does not have provision for allotment/retention of government accommodation on security ground to you, the allotment of Type 6B house number 35, Lodhi Estate, New Delhi is hereby cancelled with effect from 01/07/2020,” said the ministry’s notice.

The government had in November last year revoked the Special Protection Group (SPG) cover of Congress president Sonia Gandhi and her children Rahul Gandhi and Priyanka Gandhi Vadra, with Z-plus security by the CRPF based on the threat assessment by security agencies. The three were under SPG cover since the assassination of former Prime Minister Rajiv Gandhi in 1991.

Last December, the Parliament passed the SPG (Amendment) Bill that limits SPG protection only to the Prime Minister and his family and to a former PM and his family for five years.