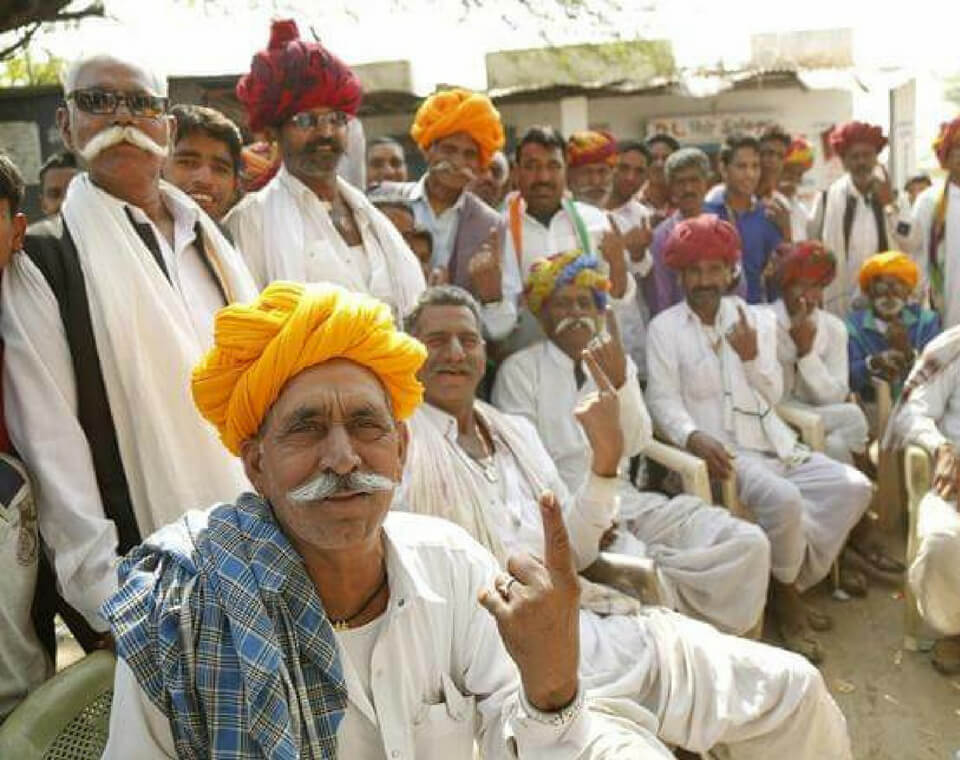 With an assembly of 200 seats, the Rajasthan assembly elections are a contest between the two parties only. In this state too, the battle is going to be only between the two major parties – Congress and BJP. Rajasthan is represented by 25 Lok Sabha seats and 10 Rajya Sabha seats in the Parliament and their share is significant. The ruling government’s tenure will end by January 20, 2019, and elections will be held sometime in the last month of 2018.

The recent by-poll elections held in the state were won by the Congress party with a good margin in Mandalgarh Assembly Seat, Alwar and in Ajmer constituencies making the win for the Congress highly important as the three seats were earlier held by the BJP. These results have boosted the morale of the Congress and they are confident of winning the seat this time in Rajasthan. The man responsible for this win is Sachin Pilot who has become the face for Congress in Rajasthan. He may be projected as the Chief Ministerial Candidate in the State which is set to go to polls in 2018.

By tracing the performance of both Congress and BJP, one can see that since 1998, the state has seen the power alternating between these two parties only.

An increase in the seat share coupled with anti-Vasundhara sentiments in the state will help the Congress to win by a good margin. Let us look at the factors responsible for this possibility.

The current Chief Minister Vasundhara Raje is definitely not a favourite among the people. Elected in 2003 as well, the people ousted her in 2008 replacing her with Ashok Gehlot. Her win in 2014 she herself attributes was because of the Modi wave which had swept the country with the motive of ousting the UPA government. Anti-incumbency factor has played a critical issue in her last tenure and will play a role in this one too. She comes from the royal Scindia family. She is known for her dominating attitude and the voices against her and her aides are growing louder. The policies of the government have not satisfied the doctors, teachers, the farmers, the trading community, the dominant community of Rajputs etc. which is a major issue. While the Modi Wave is still working its magic in the State which might help in garnering a few votes, the State government’s lackadaisical approach in the everyday matters of the people will be the reason for its downfall. This shows that if the BJP wants to win in Rajasthan they need to change the CM’s face. Her inaccessibility and a disconnect from the people, for example, the case of Ramganj mob violence last year when the CM was absent from the issue and which was then handled by the CM’s aides shows how she cannot handle tough situations in her state. The issue was of a Muslim couple who were harassed by the policemen which resulted in an angry mob gathering in front of the police station. The mob attacked the police station resulting in the vandalism of property and violence. But, the shocking thing was the non-intervention of the Chief Minister and instead her aides looked into the matter. The same was the case with the hacking of a Muslim man in Rajsamand district or for that matter the attacks by Karni Sena during the release of the movie Padmaavat. In the many instances of acts of violence committed – communal or casteist, the Chief Minister has not responded to the people in this digital age. Also, the Anand Pal case (encounter of a Rajput gangster claimed to have connections with a minister of BJP) whose encounter is not being justified properly by the police is not being seen too kindly by the Rajput community which is the major vote bank of the BJP.

Read more – Which Party Will Win The Rajasthan Elections 2018?

While some of the positives attributed to her regime are infrastructure development like the state stands first in the country for skill development. It is developing its capacity for solar energy and also is emerging as a place for investments and businesses. These set of positives though are insignificant when one looks at the list of negatives – not being there for her people and not doing things of significance for the people. While she was ousted out of power by Congress in 2008 for pretty much the same reason – anti-incumbency and series of corruption and related instances, she regained her power in 2013 due to the combined forces of the Modi wave which had swept the country, unhappiness with the Gehlot government and the general feeling of dethroning the Manmohan Singh government at the Centre. But now, the common sentiment echoing is that even though the people are in support of Modi, they do not want another term for Vasundhara Raje. And, BJP will not like to change that since she is the trusted face of BJP in Rajasthan since the early days. 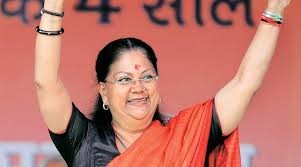 In another move, the BJP appointed RSS man Madanlal Saini as the BJP Unit President. A Member of Parliament from the Rajya Sabha, he was also an MLA from Udaipurwati constituency from Rajasthan. It is no hidden fact that there is an internal strife between Amit Shah and Vasundhara Raje which was the reason for the delay in the appointment. Both of them finally agreed on appointing Saini. Saini is from the Mali Caste, same as Gehlot the previous CM who might contest the elections this time around too. The move is seen as a way to appease the OBCs and a counter to Gehlot. He has a clean image but definitely will not be the reason which will lead the BJP to a win. 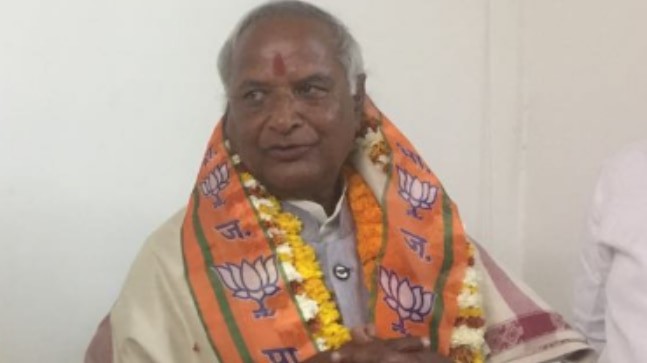 The BJP lacks the preparation and the mood to contest the election. They are planning out their campaigns now when they should have done it way earlier especially to boost their image in the state. It has only recently started its campaigns, unlike the Congress which under Sachin Pilot is leaving no stone unturned to wrest power from the BJP through its campaigns and programmes.
While the BJP camp is facing rough turbulence, let’s look at things with the Congress party.

While in other regions, the Congress is seeking to form alliances, this time the Congress is confident of bagging the majority seats in the Assembly Elections all by itself. They are working hard to woo the voters. The two popular faces of the Congress are Ashok Gehlot, the former CM of Rajasthan elected in 2013 who may become the CM this time around too or Sachin Pilot who has a stronger chance of being the CM if he becomes the party’s chief ministerial candidate looking at the way he is running the campaigns with much zest and vigour. Also, read if Can Sachin Pilot Lead The Congress To A Victory?

He was elected as the CM in 1998 as well as 2008. Although his tenure too was criticized by the people as not many development initiatives were taken, yet people now want him to be elected compared to Vasundhara Raje. Gehlot government started some schemes for the farmers but there was a criticism against the policies with respect to the other communities which resulted in his downfall. Although, his tenure was relatively peaceful as compared to Raje’s term this time. He has the experience of handling the state and after the Raje government, the people would prefer him to be the Chief Minister once more.

The increase in energy in the Congress camp is mainly because of one person – Sachin Pilot. He is the man responsible for the by-poll wins in the State. A young man, well-educated and his ability to connect with the issues of the people are points which will work for him. He also has the experience of handling the ministry as the Union Minister for Corporate Affairs in the previous Congress government. He is considered one of those new generation tech-savvy leaders who is bringing a change in the working of the Congress party.

He has been travelling across the state with different campaigns to boost the Congress workers for different interests – ‘Matka Phod’ program which protested water shortage in Jaipur or for that matter or protest against the hike in fuel prices and also for the ‘Mera Booth, Mera Gaurav’ programme which is its ‘mass connect programme’. He has been standing alongside the farmers also who have been at a higher rate of distress this year with no government support. He is raising the right questions and making the right noises standing alongside his party members as the Rajasthan Congress State Unit Chief and if this is the zeal with which he is relentlessly pursuing his work among the Congress workers, then people will connect more with him and would want him to be the next Chief Minister. After turning around the fortunes in the Congress party by ensuring the recent wins, he is the miracle man of Congress who has saved the day.

Also, one of the reasons which might work in their faces is their united front. The leaders have sidelined their differences and are working hard to put up a show together unlike the case with the BJP.

What is the Ground Scenario?

A state close to neighbouring Pakistan, both communal and casteist sentiments are very much prevalent here. The Hindu sentiments thus are in the extreme. BJP has always been cashing in on these sentiments to get the much-desired votes. The communal sentiments have gained a high with many instances of violence against the minority. The caste based agitations have also increased among the different caste groups too. Incidents with regards to these issues have led to instances of violence which is costing the state to progress ahead. That is precisely the reason why both these topics influence the state politics heavily.

But, the Anand Pal encounter will work against the BJP and many of their votes will be divided. The crucial votes of other communities will go to Congress this time too – Muslims, Meenas, SCs, STs, the middle class as well. Add to this the fact the Congress has been designing its strategies according to the local demands which also has an underlying implication of placing its candidates by working out the caste arithmetic. Pre-poll analysis by ABP-CSDS called ‘Mood of the Nation’ Survey predicts a huge loss for the BJP this time in Rajasthan stating that the Congress would get a 44% share while the BJP would get a vote share of 39%.

The BJP is fighting a losing battle this time. As per the past trends, this time it’s the Congress which should win. Will history repeat itself? It sure seems like that right now. Also, participate in our Rajasthan Opinion Poll 2018 and let us know who Will Win 2018 Rajasthan Elections?