On 1st February, Friday, the Finance Minister Piyush Goyal presented the Interim Budget for the Fiscal Year 2019-2020 in the Lok Sabha of the Indian Parliament. He began with talking about the reversal of the ‘policy paralysis engulfing the nation’. Following it up by mentioning how the efficiency of the previous budget allocations have restored the image of the country. With these acknowledgements of the government’s works, he put forward the proposal of the Interim Budget 2019. Following are the key highlights of the budget and their analysis and prophesied impact.

Key Highlights of The Budget 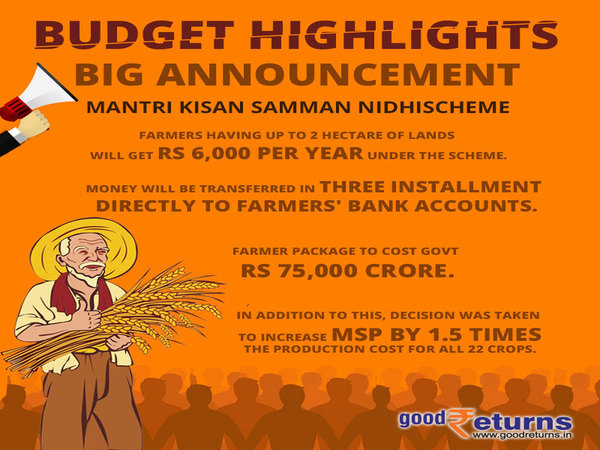 Benefits for the middle income taxpayers: The earlier tax slab was applicable to to individual taxpayers with an income of upto 2.5 Lakhs. But this increase in the tax slab is especially beneficial for the middle class citizens of the country as this increases the consuming power of the money they earn.

Analysis: This year is the first time that the Government has allocated over Rs.3Lakh Crore for the Defence Budget. Moreover, the Government is also willing to bear extra expenses incurred in order to ensure a high degree of ‘preparedness’ at the Indian borders.This move is essential to better equip the Indian Army and and tighten the security at the borders of the nation.

Analysis: This move is aimed at the section of small and marginal farmer benefitting approximately 12crore of them. The estimated budget is of Rs75000 Crore. This is a form of direct income support.

Analysis: The result of this move will be to significantly simplify the direct tax system. It will also minimise intervention by tax officials. As all processing will be performed electronically, the chances of misrepresentation of facts or corruption will be significantly reduced.

The Government also declared to maintain a 3.4% fiscal deficit for the Financial Year 2019-2020.

Other key changes in the budget 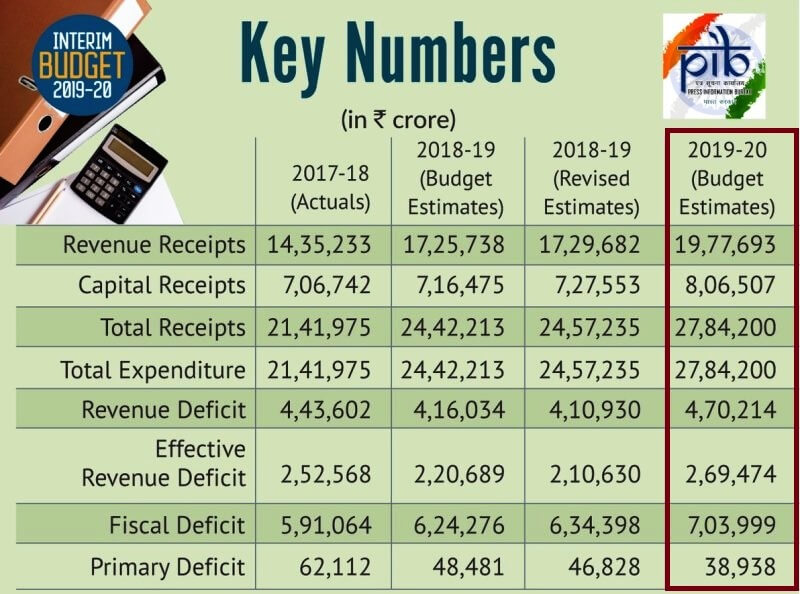 The Sensex rose by 444 points after the declaration of the interim budget 2019 on February 1st. The budget indicated an increase of growth in the market for the following sectors, Real Estate, Auto and FMCG. However, the market is volatile and and there are constant fluctuations. Therefore nothing can be promised in terms of growth before the 2019 General Elections.

Will the budget prove to be a source of redemption for the BJP?

The 2019 Interim budget has clearly been strategised to play the role of a game changer for the Modi government. It has been designed to appeal mainly to the middle income group while also keeping other sections of society happy. The middle income group will largely benefit from the policies in the budget. Not only has their tax margin increased but the amount of standard deduction has also been increased. However, the promises made by the government can be a perceived as over-enthusiastic as well. The government is likely to find its promise to maintain a fiscal deficit of 3.4% hard to maintain. That can be a tough task because of low revenue growth and higher expenditure as promised by the government. The government is likely to face rocky obstacles in its fiscal targets mainly due to its structural increase in expenditure.

Also Read -   What is Cambridge Analytica and how will it affect the elections?

As the government has promised direct income support to farmers and pension to retired workers in the unorganised sector, it has significantly raised the government expenditure. Since elections are nearing, all eyes are fixated on the deliverance of the government with respect to the budget. Any deviance from their promised path can be detrimental for the BJP leaving a negative impact on the masses. Although BJP has been held accountable for not delivering on their promises in the past tenure, their efficient planning and implementation on these promises can prove to be a game changer for the Modi government.