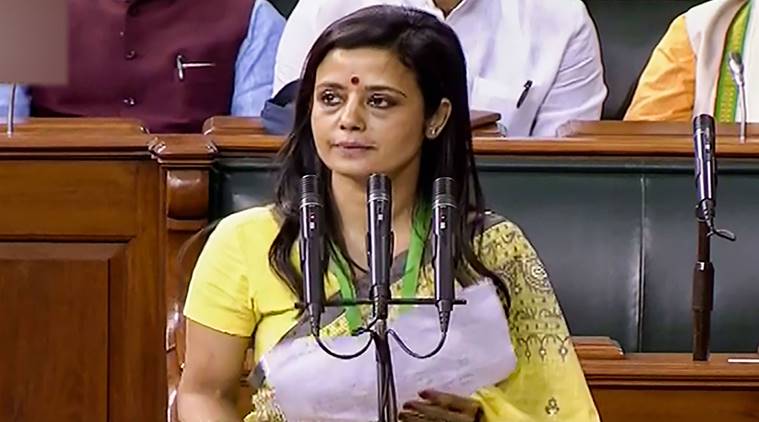 Trinamool Congress MP Mahua Moitra, who has been facing flak from the BJP over her recent controversial comments on Goddess Kali, has asserted that the saffron party is not the custodian of Hindu deities and it shouldn’t teach Bengalis how to worship the goddess. She said the BJP can’t impose its views, based on ways of worshipping deities in North India, on people of other parts of the country who have different rituals that are in vogue for the last 2,000 years.

Moitra, while speaking to a Bengali news channel on Thursday night, said she had acted as a “mature politician” by speaking on the issue as BJP’s attempt to “impose its agenda of Hindutva and thrusting its monolithic views” on other ethnic groups should be resisted and addressed once and for all for the sake of the country.

The senior Trinamool Congress leader had stirred controversy on Tuesday at a conclave organised by a media house by saying that she has every right as an individual to imagine the deity as a “meat-eating and alcohol-accepting goddess, as every person has his or her unique way of offering prayers”, when asked about the row over a film poster of Kali holding a cigarette.

“I think I acted as a mature politician. For long, we had avoided the issue of BJP imposing its own version of Hinduism, which is based on established norms of North India. The party should desist from imposing it on people of other parts of the country such as West Bengal where Hindus follow their well-established rituals for centuries. Who is the BJP to teach us how to conduct puja of Goddess Kali in a particular way?” she said.

Also Read -   Will Wuhan summit be a breakthrough in Indo-China relations?

“Neither Lord Ram nor Lord Hanuman solely belongs to the BJP. Has the party taken the lease of Hindu dharma?” she said.

Recalling how the TMC defeated the BJP in the West Bengal assembly elections last year, Moitra said, “It is a party of outsiders that tried to impose its Hindutva politics but was snubbed by the electorate. BJP should not teach us how to worship Maa Kali. Being a Kali bhakt (devotee), I know how to worship Kali. We had been worshipping the goddess in the same way for the past 2,000 years.”

She alleged that the BJP is on the back-foot over controversial remarks of its now-suspended spokesperson Nupur Sharma and was trying to deflect the attention to Moitra’s Kali comments, while asserting that the saffron party will not succeed.

On cases filed against her in different states over her remarks, Moitra said, “I challenge the respective BJP governments of these states, where FIRs have been registered, to give in writing in an affidavit to the court about offerings made to Goddess Kali.”

“Can the Assam CM explain in writing to the court what offerings are made to the presiding deity of Kamakhya Temple? Can the CMs of other BJP-ruled states do the same about offerings made to Maa Kali in temples there? Is liquor not part of the offerings in these temples? BJP desperately wants to pin me down as I fiercely protest its misdeeds but I know its strategy won’t work,” she said.

The Trinamool Congress leadership, however, has distanced itself from the party MP’s remarks on Goddess Kali, saying it “in no way supports the comments of Moitra” and is also likely to caution her from making such statements in future.

“The comments made by MahuaMoitra at the #IndiaTodayConclaveEast2022 and her views expressed on Goddess Kali have been made in her personal capacity and are not endorsed by the party in any manner or form. All India Trinamool Congress strongly condemns such comments,” the TMC said in a Twitter post on Tuesday evening.

Asked about this, Moitra said, “I am a loyal soldier of West Bengal Chief Minister Mamata Banerjee. If there is any issue, we will get it resolved within the party. We will not discuss it in public.” The West Bengal BJP has sought the arrest of the Krishnanagar MP for allegedly hurting the religious sentiments of Hindus with her contentious remarks.