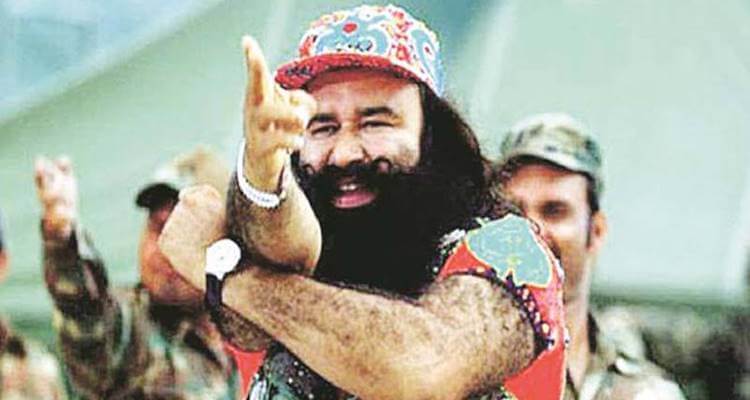 The Dera Sacha Sauda chief, Gurmeet Ram Rahim has been convicted by a CBI court in a rape case, going on since the last 14 years. The Dera chief was accused of allegedly raping the sadhvis back in his ashram. Gurmeet Ram Rahim Singh has a huge follower base across the Northern parts of India and is considered next to ‘God’ by a lot of people in that region. The conviction has shattered the faith of a large number of people leading to them, resorting to violence and rioting across the Northern region of the country. This has further lead to a heavily chaotic situation in that region, majorly affecting the states of Haryana, Punjab, and Rajasthan.

All you need to know about Baba Ram Rahim rape case:

The incidents of this case date back to the year 2002 when an anonymous letter was sent to the then Prime Minister of India, Mr. Atal Bihari Vajpayee alleging the Dera chief, Gurmeet Ram Rahim Singh of committing rape with about 35 to 40 Sadhvis working with Dera Sacha Sauda Foundation. The letter was written by a Sadhvi and was backed by evidence by one of the other sadhvis. The lettered also alleged the Dera chief of threatening these women of his politically strong connections in the Haryana-Punjab circuit.

The letter said that the Dera chief had once called this sadhvi to his room late at night. On reaching the room she saw some pornographic content going on the television and a firearm lying on the bed in the room. The chief was seated on the bed. The letter alleged that he raped the sadhvi that night and the assaults continued for the next three years.

The letter was then taken up by the High Court of Punjab and Haryana on as a suomotu case and referred it further to CBI for investigation. The CBI then investigated the matter to a large extent and interacted with all the sadhvis who had left the Dera. Of these many women, two alleged the Dera chief of raping them. Following this interrogation, a charge sheet was filed by the CBI on 30 June 2007.

The CBI then got the statement of these two sadhvis in the court of a magistrate under Section 164 of the CRPC. Thus making their statements valid evidence against the Dera chief during the proceedings of the case. The CBI also came across an eye witness, a driver, who was also working as an associate for the Dera chief.

When Gurmeet Ram Rahim was summoned by the court to appear for his hearing, he made an excuse of a medical condition and hence kept skipping the hearings. This prolonged the verdict of this case for a long time of 14 years, right from the time the letter addressed to the Prime Minister was received.

The special CBI court has convicted the Dera chief of the offense of rape and murder. The extent of the punishment is yet to be decided and is due on 28 August 2017.

It so happened that during the investigation of the case, the CBI officials came across two murders. One of a follower named Ranjit Singh. His family suspected the Dera chief to have caused the attack for suspecting his involvement in the anonymous letter. The second to be murdered was a journalist, Ram Chander Chhatrapati who had written exclusively about him in print media.

Now, who is this Gurmeet Ram Rahim Singh and why are so many riot and chaos is being held in his?

Gurmeet Ram Rahim Singh is the third leader of the Dera Sacha Sauda and is also an avid social worker, actor, director, singer and now, a convicted rapist. He has a large follower base of people who think of him as a messenger sent by the God to cure their problems. This large following has helped him in attaining a strong political position in the country. Though, he originally supported the Indian National Congress party, which provided him with a Z+ security during their reign, his support gradually shifted towards the BJP during the past elections. In fact, Dera Sacha Sauda has been the only Dera amongst others who openly support any political party.

His influence on Dalits and the other backward class people has been very strong. This has helped him in gaining their votes for other political parties.

Consequences of the Verdict

The verdict given by the special CBI court on 17 August led to a largely chaotic situation in the northern region of the country.After the verdict was out, the Dera followers took to roads in the city of Panchkula, blocking the roads and setting fire to vehicles, buildings and railway stations.

The mob violence has spread to different cities in the neighboring states near Panchkula. The CBI has asked the Haryana government to provide for special security to the judge who had passed the verdict. The whole area in and around Delhi, Punjab, and parts of Rajasthan like Sri Ganganagar have been put on high alert as the situation worsens day by day. The army has been called to control the mob and curfew has been imposed in the Malwa region in Punjab. The Delhi police have implemented prohibitory order under Section 144 in 11 districts of Delhi which will last till 8 September.

Is religion hindering justice in our country?

In a secular country like India, where the Constitution itself promotes no religion and there exists no ‘national religion’ in the country, it has often been seen in the past, that religious sentiment has dictated the final judgments of judges. However, in the recent past with judgments, like, striking down the validity of triple talaq, we have seen the Indian judiciary taking bold decisions and giving new hopes to the victims of wrongdoers.

In the present case, the more ‘larger than life’, ‘Godly’ image of the Dera chief has created problems after the verdict; apparently hurting ‘religious sentiments’ of his followers.

So, to do a background check as to who exactly is Gurmeet Ram Rahim Singh Insan, I started off by going through his website. When I entered it, I found out that he is not only a spiritual leader or an actor or a director, he has also started drives against prostitution, helped the Dalits and the OBCs get to better positions etc. Apart from that, his website boasts of him as being a “scientist, feminist, youth icon” having “oratorical skills, literary talent, superb medic, sportsman, nutritionist, social reformer, love of adventures and King of Melodies”. Honestly, I have quite blown away of how this ‘saint-like’ person, who wears gaudy, very flashy clothes, sing songs and writes, directs and acts in movies could have such a strong, faithful league of followers. There had to something that this self-proclaimed ‘god’ had done to attract such huge follower base?

I then looked into his life history. The section jots down the story of how miraculously, this man was born and had been ‘chosen’ by the God himself to be his messenger. The story involves a prophecy (mind you, in a very low grade English language) by a local saint in whom his parents had put their faith in and, how later on, in his life, when he met the then Dera Sacha Sauda chief, ParamPitaji, he knew in that instance that Gurmeet Ram Rahim would end up becoming the next Dera chief.

India has always amused its own population and people around the world with popularly what I feel are, fake saints and gurus giving out wrong knowledge about God and Hinduism and religion. In my opinion, a Saint or spiritual guru does not need a Z+ security, or high profile political connections. I don’t think a saint would go on to wear flashy clothes and star in low budget movies written and directed by him. A saint is a person who realizes and understands the nonviolent character of any religion. He does not incite and promote violence. He condemns it.

Isn’t it ironical how, a person claiming to be a “feminist” and somebody who has started drives to eradicate prostitution, is the same person going around raping women since years?

Given today’s situation, as the Dera chief’s supporters have taken down to violence on streets, it is saddening to see religion and politics merging into one another. It is even more saddening to see how people have misused their position to gain the common man’s faith and trust and then crumble it to pieces. Not only are the acts done by the supporters of the Dera violent, they also show how the government has failed in doing their duties.

All the Haryana government could do was assure people that they would be recovering the damages from Dera’s property. The Haryana government has proved its failure in controlling a mob consisting of mere followers. Yes, they are violent and are intimidating people around them, but, with proper steps and strict measures, they can be handled.

In my opinion, this is a very grave situation demonstrating how fragile the sentiments of Indians are towards their religion. Yes, everybody should be protective of their religion, they should follow it and respective. Everybody has the right to do it. But, doing anything and everything in the name of religion, advocating for an offender who has been committing wrong since a long time is totally wrong. All we can do now is waiting for the chaos to calm down. Also, it is commendable how the judges and the CBI have taken stern steps to provide justice to people.