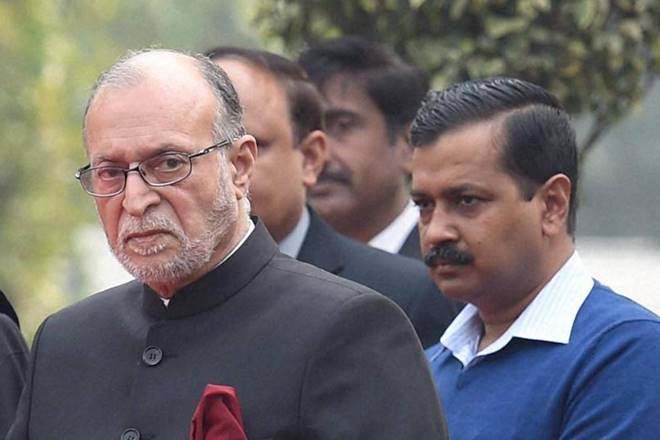 Delhi’s Covid-19 figures  are increasing in big numbers every day and so is the intensity of politics around it. Tensions rose during an official online meeting between the Delhi government and the Union health ministry on Thursday, 4th June.

Few hours later, Delhi Health Minister Satyendra Jain blamed RML hospital for giving delayed and
wrong results. Later, Union Health Minister Dr Harsh Vardhan grabbed an opportunity during the
meeting and hit back at the Delhi government. This is not for the first time; we can see these type of
issues when one party tries to pin point the other party’s issue.

During the meeting when Jain was raising the issue of discrepancies in testing by the central
government-run hospital, HarshVardhan abruptly objected and intervened. He categorically told the Delhi
Health Minister that it is not proper on their part to raise questions on the pathologists as they are
working in a professional manner. “They are not turning any positive report into negative and vice
versa,” he said.

Now one of the latest issue if that Delhi government has said that only residents of Delhi will get
treatment done in the hospital situated in Delhi. For this also there were many questions raised like if
people of any other state want to get treatment during this pandemic, would hospitals in delhi say no
to them or will they get treatment.

BJP on Tuesday accused the Aam Aadmi Party of doing politics over the L-G Anil Baijal’s decision to
overrule its stand that Delhi government hospitals will be reserved only for city residents.
BJP spokesperson Meenakshi Lekhi said health infrastructure in the national capital has only worsened in
last over six-years of Chief Minister Arvind Kejriwal’s rule, and that his government does not work
properly and always indulge in political game.

Lieutenant Governor Anil Baijal on Monday overruled two controversial orders of the AAP
government on reserving Delhi government-run and private hospitals in the national capital for
Delhiites and allowing COVID-19 test of only symptomatic patients.

The AAP reacted sharply to the move, alleging that he had been pressured by the BJP which is doing
“dirty politics” on the issue.

Ms Lekhi highlighted that the Delhi High Court had dismissed a similar order, which said only Delhi
residents will be treated in Delhi government hospitals, and said the AAP government made a similar
decision despite being aware of the verdict.

The Lieutenant Governor has taken the right decision by overruling the Delhi government, she said.
“Delhi government is indulging in charade to hide its incompetence. Lockdown period was supposed
to create better infrastructure. The number of primary health centres in city are stagnant at seven while
the number of dispensaries has come down,” Ms Lekhi said.
Mohalla clinics started by the AAP government are nothing but farce, she said. As mostly it is for
show off. The coronavirus, infection is so high in Delhi that people from outside will not come here for
treatment, she said, taking a swipe at the AAP government and asserted that it is competing with
Maharashtra over high COVID spread.
“Delhi government lied to the people about beds and preparation for COVID-19. Instead of 32,000
beds it claimed to have, it gave in writing that it has only 3,100 beds,” she said.

AAP was getting knot from BJP’s side for the decisions taken by them.

Confusion Over Community Transmission of the virus in Delhi:

Not only this Manish Sisodia, deputy CM, Delhi said that “there is no community spread of
coronavirus in Delhi”. Because of this also there was tussle between center and Delhi government.

“On community spread in Delhi, central government officials said it has not happened yet,” Manish
Sisodia said after a meeting of the Delhi Disaster Management Authority.
Delhi Health Minister Satyendra Jain had said just before the meeting that half the coronavirus cases
in Delhi cannot be traced to any source.
“We say community spread when people don’t know how they got the infection. There are many
cases. In 50 per cent of the cases in Delhi, the source of infection is not known,” Mr Jain said.
Community spread, or the third stage of a pandemic, is when it is difficult to trace the source of
infection.

Also Read -   #HinduUnitedAgainstTerror Campaign Brings Hindus Around the Globe Together

To questions on whether Delhi was on this stage, the Health Minister said only the central government
could declare community spread.
“AIIMS Director Randeep Guleria had said there is community transmission in Delhi but the centre
has not accepted it yet. We cannot declare it and the centre has to declare it. Community spread is a
technical term and it depends on the Centre whether they accept it or not. There are four stages in
epidemiology in which the third stage is the community spread,” Mr Jain said.

A big question which came like a wall in front of AAP is that if you don’t have money for rest of the
things then from where you are getting money for advertisements. AAP backs by saying that we are
not spending 1000th part of money that centre is spending on AD’s. AAP also said that if you just visit
Delhi you will see hording of Yogi Ji and party.

The recent Faceoff Between CENTRE and Delhi government is about turning the decision of Delhi Cabinet:

The Aam Aadmi Party has alleged that Delhi Lieutenant Governor Anil Baijal was pressurised by the
Bharatiya Janata Party to overturn Chief Minister Arvind Kejriwal’s decision to reserve hospitals run by the state government for treatment of only Delhi residents. However Lt. Guv rejected this move soughting its Constitutional Validity as it violates the “Right to live”.

Arvind Kejriwal reacted on LG’s decision on twitter, He said that “the decision of LG has created a big problem and a challenge for the people of Delhi, Maybe it’s the will of God that Delhi should treat the people from all over the country. We will try to do that.”

Deputy CM Manish Sisodia said that the BJP was playing
‘very dirty’ politics. He also targeted the BJP over the Himachal Pradesh health scam. He claimed that
the AAP government is trying to deal with the crisis honestly but the saffron party is putting pressure
on L-G to overrule its decisions.

“The state governments of BJP are busy with PPE kit scams and ventilator scams. The Delhi
government is trying to manage this disaster honestly, thoughtfully. This is not being seen from the
BJP, so it is a cheap politics by putting pressure on LG,” he said in a tweet.

The Deputy CM’s remarks come after the LG overturned the Kejriwal government’s decision which
said that all state government-run and private hospitals will admit only bonafide residents of the
national capital for treatment during the Coronavirus crisis while the Centre-run hospitals can treat
whoever they want.

AAP and Arvind Kejriwal is known for such allegations on the opposition, There are many defamation case filed against Arvind Kejriwal one is when he called out the name of Nitin Gadkari in list of corrupt politicians, for which Arvind Kejriwal had to apologize.

In a Press Conference on Wednesday, 10th June CM Arvind Kejriwal said that now Center has taken a decision it will be implemented in Delhi and he does not want any confrontations on this issue.

But this is not the end, this type of politics is always in the frame when Ruling Party in Centre and State are different.