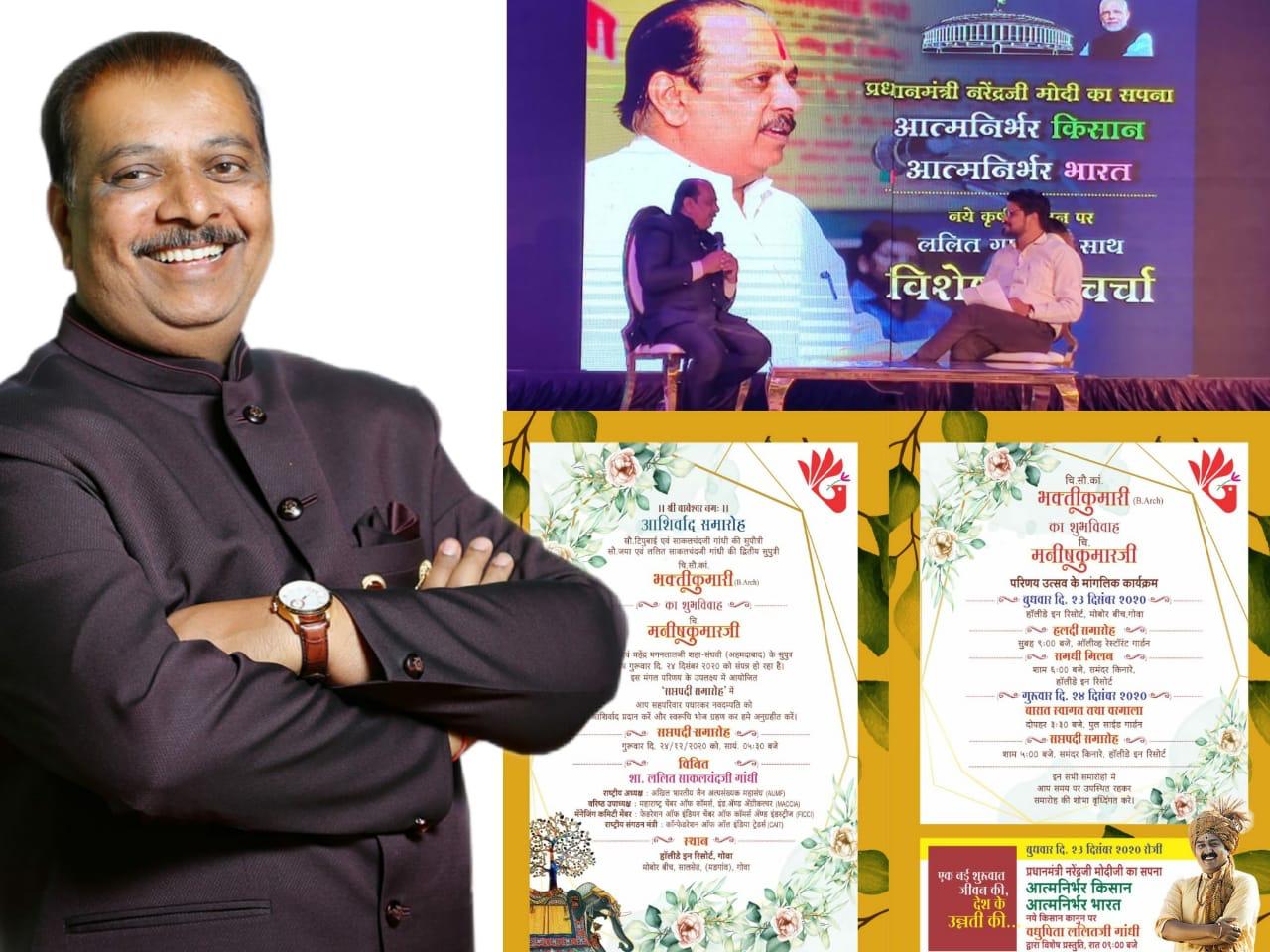 To the contrary, where the common farmers of the country have a lot of joy regarding the farmers law, the same and some other organizations are trying to grind their axes by misleading the farmers by spreading misconceptions and trying to straighten their political owls under the guise of farmers. In such an environment, Lalit Gandhi, a Kolhapur resident entrepreneur and who heads a diverse business organization, has taken an unshakable path to revitalize in support of the government and the contentious farm laws. He has supported the law in a unique way through the wedding ceremony of his second daughter, Bhakti Gandhi. Gandhi supported the farmers law in marriage invitation card by keeping a dedicated discussion on it instead of the Musical Night.
On December 23, on the occasion of “National Farmers Day”, on the eve of marriage, a special event was organized in support of Farmers’s Law today, in which they themselves disclose the misconceptions being spread in the context of Farm Laws.
Significantly, Lalit Gandhi is a famous entrepreneur as well as a farmer. “Prime Minister Narendra Modi has tried to bring revolutionary changes through new agricultural legislation for the development of farmers” said Gandhi.
At the same time, Lalit Gandhi, through various regional and national organizations, has strived at the national level for the last 30 years to increase the income of farmers in traditional ways besides traditional farming and to encourage the younger generation of farmers in the same process of industries. For this, keeping in mind the “National Farmers Day” on the occasion of marriage of their daughter from Goa. He started this grand campaign with various dignitaries in the wedding of his daughter.
This Marraige is now talk of the town.