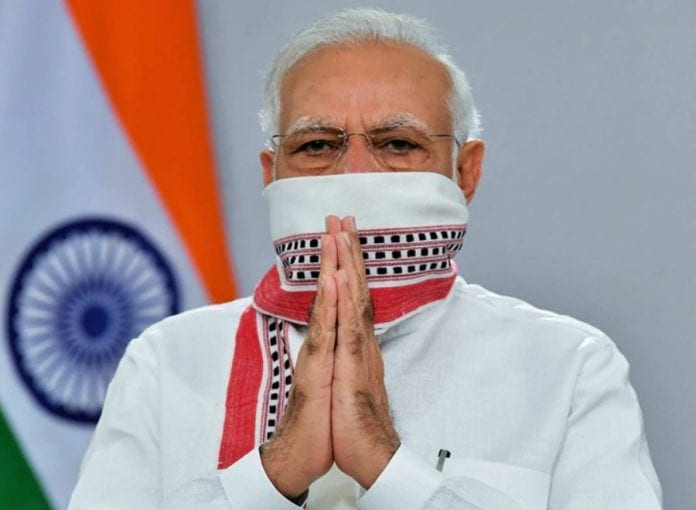 The PM cares was a fundraiser organised by the Prime Minister’s Office (PMO) in March for raising funds for India to fight the COVID-19 pandemic. Earlier this month, the opposition had attacked the government of India over the PM CARES fund as they alleged that the Prime Minister’s Office (PMO) refused to share details of the fund under the Right to Information Act (RTI). Congress spokesperson, Jaiveer Shergill said that the Bharatiya Janta Party (BJP) demands accountability for 70 years from the congress but when the PM CARES fund details are sought, they feel bad. “True picture is – PMO denied sharing details under RTI and no CAG audit-fund is built with bricks od secrecy with the nameplates ‘Khaunga and details Nahi Batatunga’,” said Shergill. He added, “India is in unlock mode and considering this, even BJP government should also unlock the expenditure details of the PM CARES fund”. The congress attacked the BJP for sharing a picture of a ventilator with PM CARES sticker and said to justify Rs. 10,000 crore donation is like finding a “needle in haystack”. Minister of state for Finance Anurag Thakur had shared the video picture of a ventilator on his Twitter handle which has PM CARES written on it.

The Congress has been demanding an audit by the CAG of the fund which was established to fight the COVID-19 pandemic. Two months after it made the announcement, the Ministry of Corporate Affairs has finally notified that donations made by companies to the Prime Minister’s Citizens Assistance and Relief in Emergency Situations Fund (PM CARES Fund) will be considered as expenditure on corperate social responsibility. The Ministry late on 26th May notified that it has amended Schedule VII of the Companies Act, 2013 by including contributions to PM CARES Fund as a valid CSR activity along with the earlier insertion of the Prime Minister’s National Relief Fund.

Several members of the BJP On Monday began tweeting that India will be getting 50,000 more ventilators on addition to the 47,000 that have been around so far in public and private hospitals. Notably, 100 of these ventilators arrived from the United States yesterday, taking the lead of it, National In Charge of Social Media, BJP Mahila Morcha, Priti Gandhi said, “For those asking, in the last 70 years, India got a total of 47,000 ventilators in public and private hospitals. With PM CARES, in one stroke, India will get 50,000 more ventilators!”

Several other BJP leaders tweeted the same, citing a research paper published by independent think-tank The Center for Disease Dynamics, Economics and Policy. Speaking of FPJ, Gandhi said that she had tweeted the information after receiving information from top sources and the party would be releasing an official statement claiming the same. As per a Bangalore Mirror report from the end of May, Hiremath is an intensivist and also the managing director of the Ace Suhas Hospital and Ace Embedded Intensive Care Units. Reportedly, he had worked with Skanray and Mahindra to help them create ventilators using auto components, utilising his knowledge of design development and its use in an ICU. The research paper, which was reportedly done in association with Princeton University, was published in April this year. The report conducted when India had 4,700 COVID-19 cases. Whereas, now it has crossed 3.3 lakh cases. India is now on the 4th position. “The availability of data on inpatient care and critical care capacity in India is limited, creating uncertainty on whether the country can accommodate mass hospitalisation at the peak of the COVID-19 pandemic”, the report said.

In India, there used to be six to seven ventilator manufacturers. Majority of it was imported, costing anywhere between Rs 15 lakhs to Rs 16 lakhs. Compared to this, the ventilators that are being made in India cost between Rs 2 lakhs to Rs 4.5 lakhs. Domestic companies, including Mahindra Rise and Noida- based AgVa, are along the companies that have started manufacturing ventilators in India since the COVID-19 outbreak. The study estimated that approximately 19 lakh hospital beds, 95,000 ICU beds and 48,000 ventilators are available in India. Most of the beds and ventilators are concentrated in seven states- Uttar Pradesh, Karnataka, Maharashtra, Tamil Nadu, Kerala, West Bengal and Telengana. Based on the estimates, the study says that accommodation of influx of COVID-19 patients, will require expansion of current capacity or modifications in admission policy for routine patient care. Since it was set up on 28th March, PM CARES has invited criticism from different quarters, including the opposition, who have questioned the opacity around the fund. The PMO, which administers the fund, id tight-lipped about the total amount that the fund has received so far and parameters for its disbursal. Senior government officials familiar with the matter had earlier told that the total donations to PM CARES until the third week of May had touched Rs 10,000 crores.